We can help you determine your specific solvent distillation recycling and recovery needs. There are no “one-size-fits-all” solutions to your solvent waste management concerns 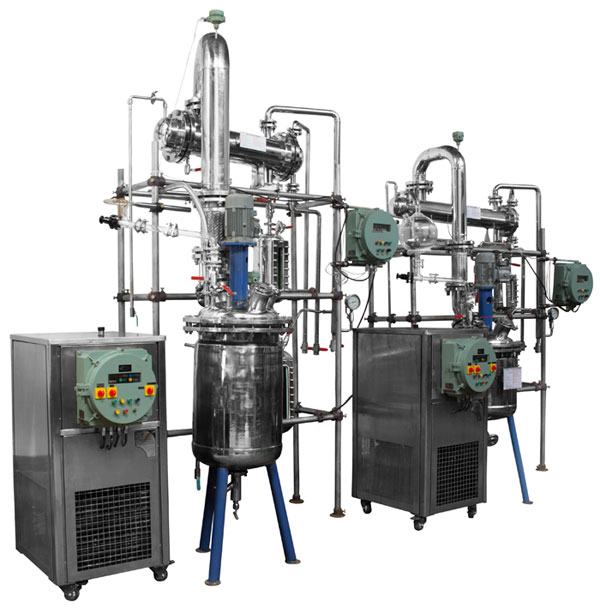 The solvent distillation equipment which we design at KVC, includes a tank in which the solvent waste is deposited, a heating system for turning the liquid part of the waste into vapor and a condenser to cool the vapor back into a liquid. The general process consists of boiling a mixture in a closed system and condensing the vapors back into a liquid, and disposing of the waste.

For example, consider a mixture of solvents and resins left over from a manufacturing process. A KVC solvent distillation unit would heat the mixture to boil off the solvent, leaving the resins behind in the boiling tank and can be disposed of as waste. The solvent vapors would then re-condense in a separate area and return to their liquid - near virgin and clean state, ready to be reused.

The principles of distillation are fundamentally the same with the use of solvent recovery equipment. Methods of heating the solvent include steam, direct heat (using an electric heating element or heat plate) and indirect heat (where an oil bath surrounding the tank is heated by direct electric heat). Indirect heat is usually the preferred approach because the heating is more uniform.

The condenser is usually a series of looped stainless steel coils (resembling a car radiator) that are cooled by a built-in fan or surrounded by water or coolant to chill the vapor back into a liquid. Cooling by air is less expensive than cooling by water or coolant, and is adequate for small, batch-type solvent recycling machines.